Meet the professionals who can help you

The team behind Spectrum Advisors is made up of qualified financial professionals who are passionate about helping individuals and families achieve their ideal retirements. 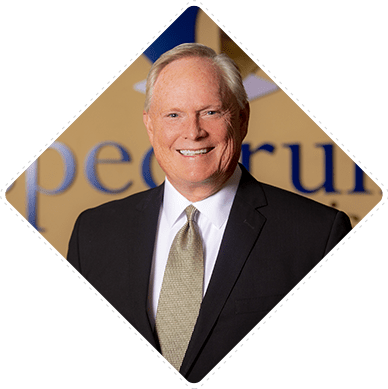 Mike Reppert is a senior partner and wealth manager at Spectrum Advisors. He has more than 35 years experience in the ﬁnancial services industry and holds a Bachelor of Business Administration degree in marketing/management from Baylor University.

After graduating from college, Mike sought a career that utilized his gifts and talents and would enable him to serve others in an impactful way. He wanted to own a business where he could build and maintain long-term relationships with clients. In 1982 he established Spectrum Advisors to bring his vision to fruition.

He is a CERTIFIED FINANCIAL PLANNER™ and Certiﬁed Senior Advisor. Mike is one of the few Master Elite Advisors in the country associated with Ed Slott & Company, a national group of advisors with expertise in working with IRAs and taxes. Mike is fully licensed in investments and insurance in multiple states.

Mike lives with his wife of more than 35 years, Amy, in Lewisville, Texas. They have three children, Kyle, Heather and Cody, and three grandchildren. Mike loves outdoor activities such as golﬁng, skiing, kayaking, hiking and camping. As an active member of his church and his community, Mike serves in local ministries and nonproﬁts. 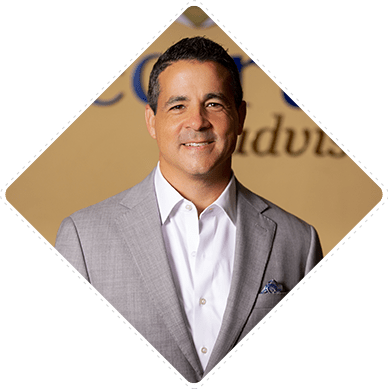 For over 20 years, David has served his clients at both the institutional and personal level. Throughout his career, he has been laser-focused on deepening his knowledge and expertise across all aspects of the ﬁnancial services industry. He shares this passion for knowledge with the surrounding community through complimentary ﬁnancial education workshops. The goal being to empower those within the community who are approaching or already in the retirement phase of life.

After successfully establishing his personal practice with one of the largest investment & insurance companies in the country, David felt the call to independence and merged his practice in with Spectrum Advisors in February of 2016. This move allowed him to truly serve his clients ﬁrst as a comprehensive, ﬁduciary advisor.

David is a CERTIFIED FINANCIAL PLANNER™ practitioner and is fully licensed in investments and insurance. He is also a member of Ed Slott’s Elite IRA Advisor Group, a national group of advisors with expertise in working with IRAs and taxes. He is a contributing writer for Kiplinger and has been recognized in Texas Monthly, Forbes, and the Wall Street Journal as a Five Star Wealth Manager. He was also recognized in D Magazine’s Best Financial Advisor list.

He graduated with a BBA in Finance from Texas A&M University, where he was a member of the Corps of Cadets (Company D2), as well as the Aggie Men’s Club, a Christian service-based fraternity focused on serving the community.

One of the biggest moments in David’s life was in January of 1992 when he ﬁrst met his bride-to-be. Married since 2000, Libby is his best friend and amazing mother to their three boys, Caleb, Micah and Noah. David and Libby are members of the Frisco Campus of Gateway Church, and get to serve, alongside all 3 boys, on the greeting team. Living in Frisco, David enjoys spending time with his family, running, playing soccer, ﬂy ﬁshing, and golﬁng. 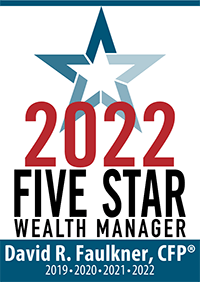 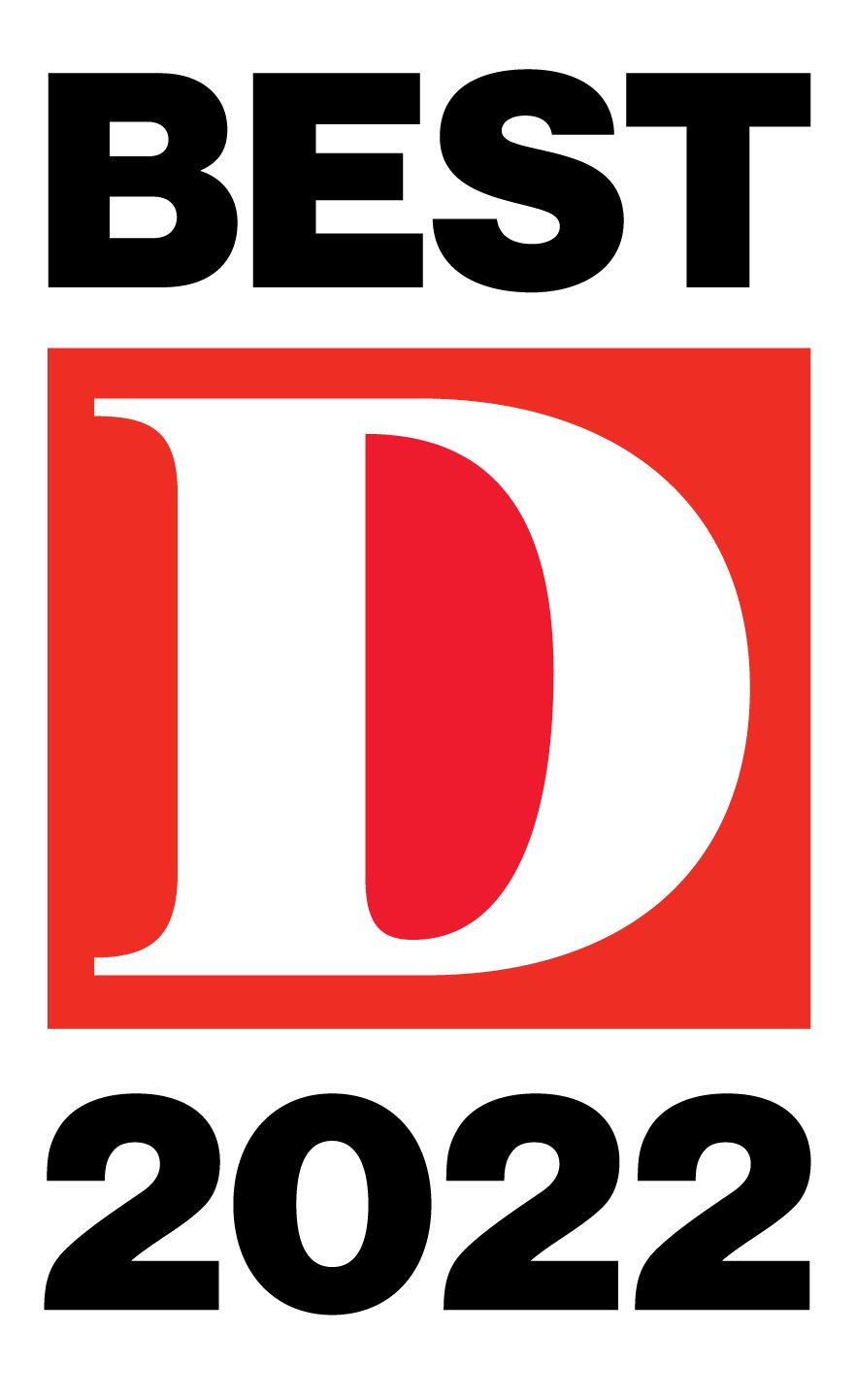 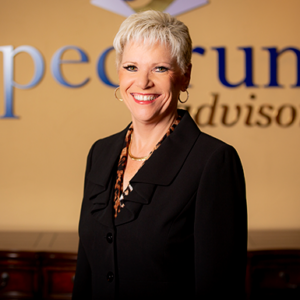 Toni has worked in the financial services industry for the past 35+ years and has been with Spectrum Advisors for over 30+ years. Her tenacity and dependability combined with her caring nature have greatly contributed to the success and longevity of the firm.

Outside Spectrum Advisors, Toni devotes her spare time to volunteering at an assisted living facility and provides assistance with the church service on Sundays.  Toni attends Prestonwood Baptist Church, enjoys her family, being outdoors, swimming, walking, traveling and lives in Carrollton with her husband, Steve, and their chihuahua, Buster. 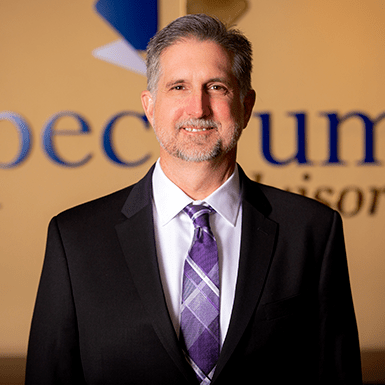 Robert helps oversee the firm’s investment advisory function, which includes portfolio creation, investment manager due diligence, and ongoing portfolio management. Robert also serves a vital role in the firm by helping our advisors guide their clients through our planning process.

Robert is a 1993 graduate of Texas Christian University with a BBA in finance and was an All-Southwest Conference swimmer while at TCU. He has 11 years of experience in the financial services industry the last seven serving in his current role. Robert and his wife, Wendy, live in Keller, Texas with their two children. Outside of the office Robert enjoys spending time with his family, coaching his kids' sports teams and is a triathlete. 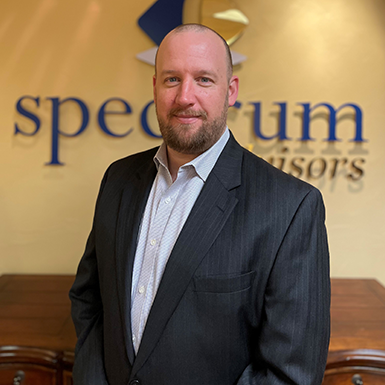 Zac began his career in finance in 2012. He spent time in both individual financial planning as well as advising employer-sponsored retirement plans. After spending a decade working at one of the largest investment & insurance companies in the country, Zac joined a Spectrum Advisors team. Zac graduated from Abilene Christian University in 2002 with a BBA in Business Management and Marketing.

In his personal life Zac is very involved at High Pointe Church in McKinney where his wife, Amber, is the Children’s & Family Minister. When not spending time with his wife and 2 teenage children, he enjoys road cycling with his local cycling club based in Frisco. 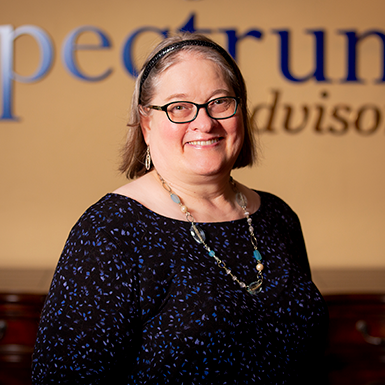 Tami is new business and project manager at Spectrum Advisors. She assists our clients with the contract application process and keeps them informed of the progress through issue and delivery of the contracts. Her attention to detail is key to ensure the process runs as smoothly and expeditiously as possible. She also manages various projects, such as data base implementation and management and client and contract reports for the firm.

She has 20+ years of experience in the financial services industry and is licensed in life, health, long term care insurance annuities and investments.

Tami lives in McKinney. Outside of the office, she enjoys painting, drawing, jigsaw and crossword puzzles and spending time with family and friends. 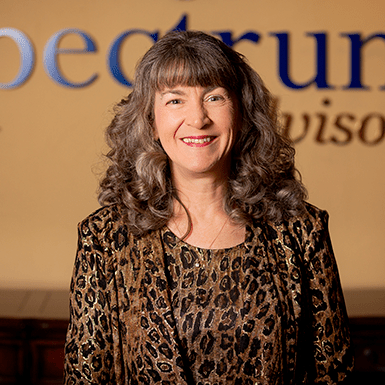 Kia Mutranowski is the Planning and Service Manager at Spectrum Advisors. She has seven years of experience in the financial services industry and prior to that, worked in the legal field. Kia holds a Bachelor of Business Administration degree in Marketing from Texas Tech University and is licensed in life, health, and long-term care insurance.

Kia is a native west Texan and is married to her husband, Tom. They have three sons and one precious daughter-in-law. She enjoys reading and spending time with her family. Kia is active in her church and in various nonprofit organizations.  She is a published author and song writer and loves teaching women. 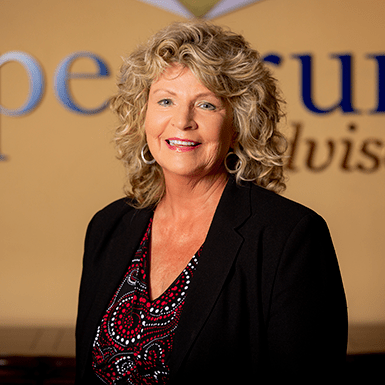 Lucy is the charming voice you hear when you call our office. She loves working with people and enjoys her position at our front desk. In addition to greeting our clients, scheduling appointments and managing the calendar, she assists with marketing, events and manages our client touch points.

Lucy grew up in Oklahoma City and graduated from “The University,” Oklahoma State. She received her Masters in Education from Texas Woman’s University and taught fourth grade for 10 years in Oklahoma and Plano, Texas. She took time out to raise her two children, who are now delightfully independent people. Lucy enjoys spending time with her family and her many friends. 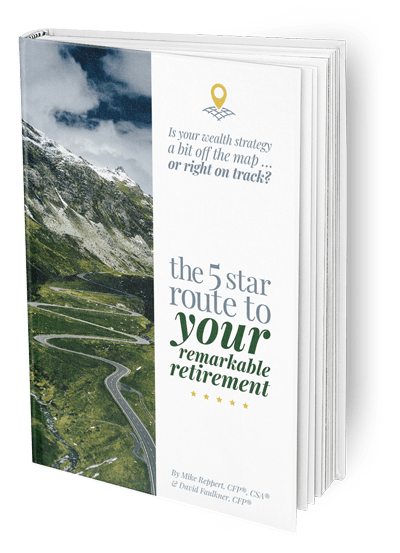 Is your wealth strategy a bit off the map...or right on track?

Get “The 5-Star Route to Your Remarkable Retirement” by Mike Reppert, CFP®, and David Faulkner, CFP®. 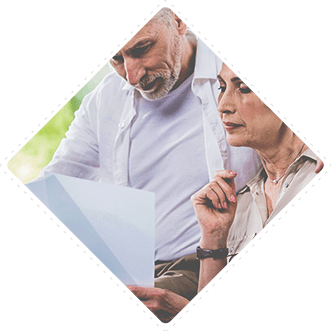 Ready to take
The Next Step?

For more information about any of the products and services we provide, schedule a meeting today or register to attend a seminar.